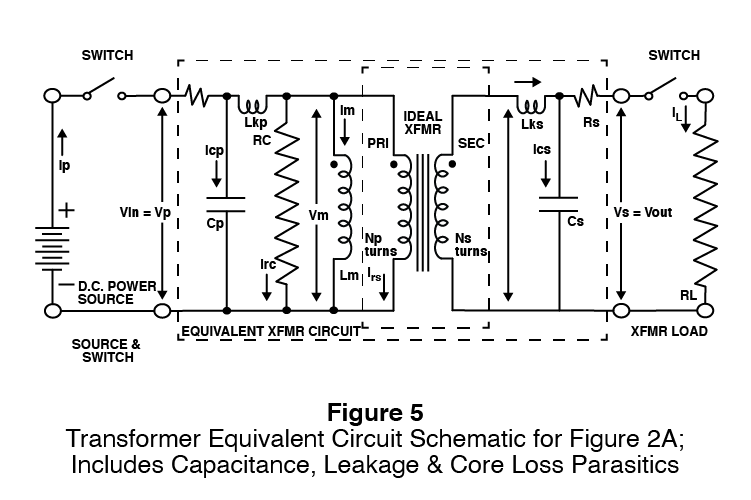 TCore loss resistance, Rc, provides a relatively small current shunt path across Lm just like the reflected secondary load current does. It has the same effect but the effect is much smaller.

To summarize, winding capacitances and leakage inductances act to increase rise time. (They also generate trailing edges which is discussed later.) They may also contribute to spurious oscillations. In a typical pulse transformer design, core loss does not have much effect.